The 6 Questions That Will Make You Rich

We are facing one of the biggest stress tests in the history of cryptocurrencies. Very few will come out. 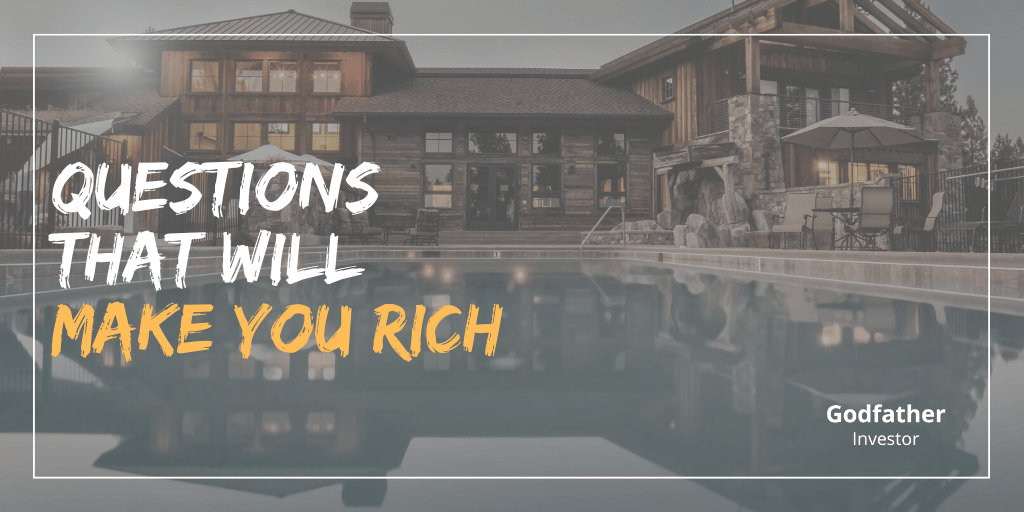 In 2008 Satoshi Nakamoto created Bitcoin as a response to the subprime mortgage crisis that led the entire world into one of the biggest economic crises in history. Since then, Bitcoin has appreciated from $0.00001 to $18,000.

The conditions for this to happen have been idyllic: constant injections of liquidity, lower interest rates, controlled inflation, etc.

The situation has changed, and the crypto world is facing one of the biggest stress tests in history. A stress test from which there is a good chance that it will not emerge.

This chart would look very weird if #Bitcoin didn't drop down to the yellow support line. My guess is that there will be some kind of dead-cat bounce off that line, but don't get too excited #HODLers. That bounce may be your last change to get out above $10K. Enjoy the weekend. pic.twitter.com/v06Lghvkoq

If you’re around here, I’m sure you’ve had your stomach churned more than once since November as the markets have fallen.

The payoff to being paid for a high reward in the stock markets is always the same, volatility.

But it is in these moments of panic that we must ask ourselves the following questions and consider whether or not our investment is worthwhile:

No. Bitcoin’s fundamentals remain the same as when it was invented. There are 21M Bitcoin in the world, not one more, not one less. We know when they will all be available, as well as the maximum rate of Bitcoins that can be mined daily.

It continues to meet all the conditions to be called money: scarcity, divisibility, acceptability, portability, durability, and resistance to counterfeiting.

No. Bitcoin is still much more secure than any banking institution, but remember that if you don’t have your keys, the Bitcoins are not yours. Leaving them in any exchange can lead to losses, as has been the case with Celsius.

However, I think a small part of the portfolio can be interesting to have in this type of exchange to earn a yield.

No. The hash rate is the average estimated number of hashes per second produced by the miners in the network.

Currently, the hash rate is at record highs despite recent market declines.

This is a very curious fact. Previously the hash rate had been at record highs after big rises and very close to record lows before catapulting back to new highs.

The FED is doing everything possible to reduce inflation by raising rates and reducing liquidity injections. But there is something that has never happened before, and that is that the debt is higher than the GDP, and therefore, they are not going to risk producing massive sell-offs that could lead to the total destruction of the economy.

Once this moment approaches, they will go back to unprecedented printing as they have always done. However, in the case of Bitcoin, there will always be the same ones, and this is immutable.

The biggest opportunities occur during bear markets. If you want to build great wealth, maybe now is one of the best times in history. Maybe in 10 years, you’ll look back and say, “How could I let that opportunity slip away.”

The other day talking to one of the smartest people I know, he was commenting to me that with Bitcoin, there are two possibilities the first is that it will significantly decrease adoption and continue to be used as an ancillary asset class. This would take BTC to $1,000. On the other hand, there is a strong possibility that it will continue to be adopted because of the enormous number of possibilities it offers. If so, we could see BTC at $1M in about 10 years.

Regardless of what the end result is, this looks to be one of the most lopsided investments in history.

What is our strategy?

You can see my strategy in detail in the portfolio section. One of the simplest and best performing strategies I know. I will also soon show you how to get up to 10% extra from your Bitcoins.

If you want to know more strategies of this type, do not hesitate to subscribe to our free newsletter. If you’re going to go a step further, in our paid section, you will find very profitable strategies and courses to know how to manage your money and achieve all your economic goals from 0.

For only $10/month, you can be part of one of the largest crypto communities. 👇🏼