A simple investment strategy with asteroids 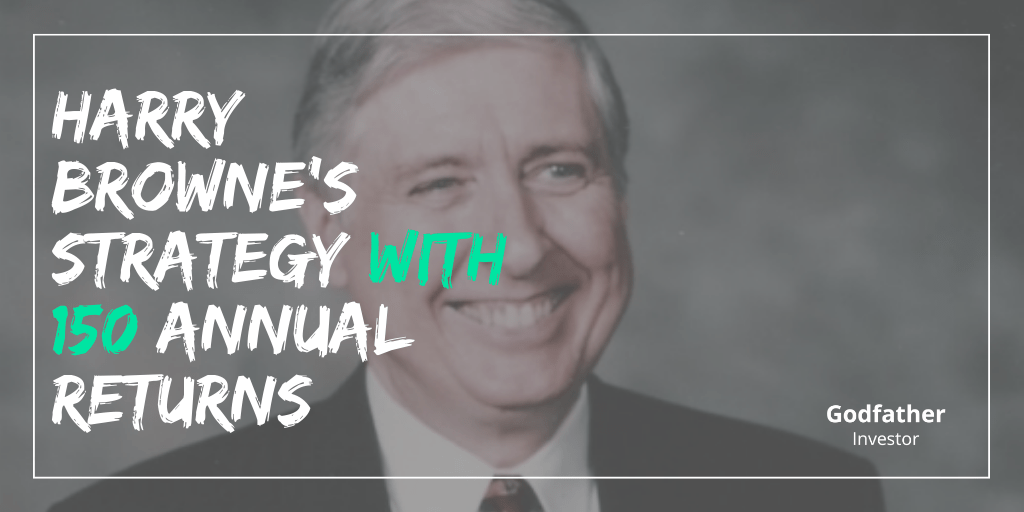 Who is Harry Browne?

Harry Browne was a financial advisor who made a fortune in the 1970s, writing books and speculating in the financial markets. But it didn’t take him long to realize that his luck had an expiration date, and he dedicated his economic knowledge to developing an investment method that was safe, profitable, and above all, stable. The end result was Harry Browne’s Permanent Portfolio, a tremendously simple proposal that with only four equally distributed assets (stocks, gold, money, and bonds) would make it possible to achieve his goal.

This portfolio has historically made average returns of 6.77%, a performance very similar to that of the indexes with infinitely lower volatility. Even during 2008, when markets fell by more than 50%, this strategy delivered positive returns. The distribution would be something similar to the following:

With the above strategy, $10k would have become $30k. This is not a bad investment. However, one factor has not been taken into account, and that is inflation. Inflation today is the highest in 40 years. It is around 9%, and that is because the way it is calculated was changed in the 90s. Otherwise, we would be over double digits by now.

This inflation makes it difficult to know where to put money:

Undoubtedly, it is a very complex time. To do nothing would be to lose a lot of money.

But there is a much simpler strategy than the one promoted by Harry Browne that has given an average return of 50.54%. It is super simple to implement and requires no knowledge of algorithmic trading or being connected to a 5G network. It is simply to buy, watch the sky, and collect money.

This strategy is composed of two assets which are GOLD and BITCOIN.

According to Harry Browne, there are four stages that the economy goes through Prosperity, Inflation, Money Shortage, and Deflation, and we are going to see how between both assets, we can overcome all of them.

It is one of the assets that has performed best in the face of inflation and will surely do so in the coming years if the inflation rate continues at this pace. It is true that it has underperformed stocks during the last ten years. But we have just experienced one of the greatest periods of prosperity in history.

However, historically it has behaved extremely well in times like the one we are living through. Just look at what it did (yellow line) versus stocks (red and blue line) in the 60s and 80s.

It is also an excellent refuge from times of cash shortage.

With fiat currencies, the government can print more money whenever they want, which often leads to inflation. This is because, like Bitcoin, gold is a finite resource. There is only so much that humans can mine from the earth. As a result, central authorities cannot increase the precious metal supply.

Gold is regarded as a safe haven asset since it has a long track record of preserving its value. In reality, gold is one of the few assets that has maintained its purchasing power throughout history.

In Roman times, you could buy a glass of wine with a gold coin. Today with the same coin you can buy several bottles.

Undoubtedly, gold 2.0 is a standard common to the whole world that brings all the benefits that central banks are not able to provide.

On the one hand, it has a limited number of units, almost like the central banks that, in the last two years, have printed 50% of the money in circulation. On the other hand, it is immutable and all transactions are recorded.

This asset behaves in an extraordinary way, as we have already seen in boom times, such as the last ten years. Moreover, it is an eminently deflationary asset. As it becomes more widely adopted, its price will rise, and people will want to hold it for longer, causing its price to rise again, thus closing the cycle.

This cycle means that it is eminently deflationary and can cover those times when there is not so much money and the price of life decreases.

Harry’s strategy with asteroids to get 150%.

Finally, there is a strategy that improves the latter by 100% on an annualized basis. It has achieved returns of 150% CAGR. This is a slight variation of the previous one, with lower volatility and a higher Sharpe ratio.

If you want to know the the strategy, do not hesitate to subscribe below to our newsletter. For only $10/month, you can be part of one of the largest crypto communities.