🔒 And Now, What To Do With the Stablecoins?

Could this be the end of stablecoins? 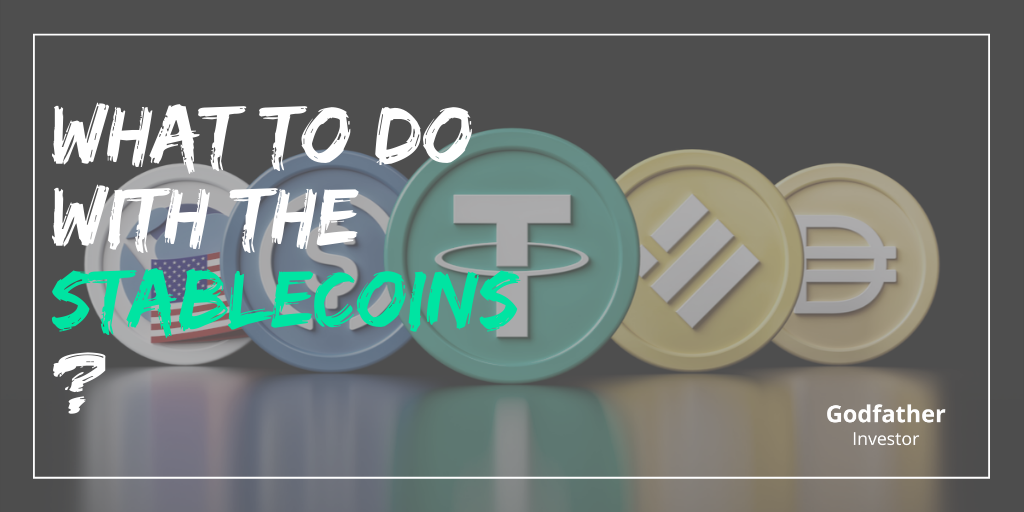 A crazy week in the financial markets. There has been arguably the most significant transfer of value in less time in history. Nearly $50B has left the Terra ecosystem in just a couple of days. Lehman Brothers was a $60B market cap company to see the order of magnitude.

This has sent panic through the equity markets in general and the cryptocurrency market in particular. Within cryptocurrencies, there has been one market that has been hit hard, and that is stablecoins.

Throughout this week, I have read many comments about what could happen with other stablecoins such as USDT, USDC, or DAI. And I have to say that USDT has nothing to do with UST, nor UST with DAI.

Each one uses its own economic mechanism to maintain its peg, i.e., its 1:1 parity with the dollar. As we have always said, there are two main groups: 1) those that are collateralized by another asset (usually FIAT money) and 2) the algorithmic ones.

What we see over all these years is that algorithmic have failed in 99% of the cases, and 1% are close to failure. Instead of having reserves, they look for a model in which they try to maintain the peg based on economic incentives through arbitrage and market makers, as has been the case with UST.

The main problem with algorithms is that their mechanisms are not antifragile. It isn’t easy to innovate in financial mechanisms. For example, Maker copied the gold standard model: I issue coins, and I have a guarantee behind it.

In the case of UST, terra’s stablecoin, they had a system whereby when they issued UST, they burned LUNA. This makes that when a lot of UST is issued, the price of LUNA goes up a lot, as happened. The arbitrage mechanism was based on the fact that if you wanted to sell 1 UST, they would give you 1 dollar in LUNA.

On top of that, there was the Anchor protocol, where if you deposited USTs, you were paid 19.5% per annum. All the interest came either from the loans or from reserves that had been put in from Terra.

In this protocol, up to 80% of the UST issue was held. So the systemic risk was very high. But this performance and the investment thesis gave this protocol give a fictitious sense of security. Obviously, we knew the risks involved, which could be losing 100% of that portion of the portfolio.

What we all need to be clear about is that this sales spiral is what happens in the markets during a crisis. In the case of UST, the fact of losing the PEG added to the social networks caused the markets to enter a spiral of destruction that has destroyed the Terra ecosystem. It is very similar to what happens with the VIX in times of peak volatility, and that is why such high returns can be obtained by buying very OTM CALLs.

On the other hand, we must understand that if a DeFi protocol is poorly designed, sooner or later, it will break.

Both USDC and USDCT are managed by companies that have collateral as a guarantee. This collateral is usually physical money and very short-term US government bonds. This is a much more “stable” system that has nothing to do with UST.

Obviously, as in all types of assets, the main risk in this type of stablecoins is that they do not have the reserves they claim to have, but that is why they are audited regularly. But does your bank have the money it puts in your current account? Of course, it doesn’t. In the best case, it can have up to 10% of the money it puts in your account.

Finally, DAI has a mechanism by which they issue DAI, and they are backed by Crypto (ETH, WBTC (Bitcoin on the ETH network), USDC, etc.). The mechanism used by DAI is transparent. It is overcollateralized (i.e., if there are $20M of DAI issued, there are $30M of reserves).

This post is only for paid subscribers. If you want to know which stablecoins are we going to own for the following 10 years, do not hesitate to subscribe 👇🏼